Why you cant control your holiday eating

Why you can’t control your holiday eating 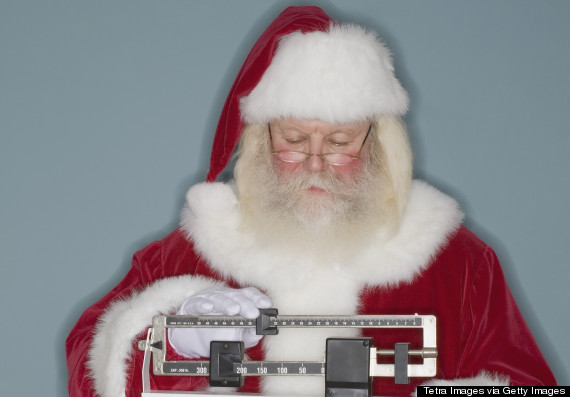 To indulge or not, that is the question?

Anticipating the pounds that most of us inevitably gain over the holidays, there is no shortage of advice on how to survive the December festivities and enter the New Year without the excess baggage around the waistline. Often the advice boils down to the same adage: Think before you act. Don't eat mindlessly, plan ahead what you are going to eat, and stick to the plan. If you still feel tempted — yes, most of those well laid-plans are very likely to go out of the window when confronted with mom's cookies — then stop and count to 10, assuming that in these 10 seconds you will think of those skinny jeans waiting to be worn.

But in those 10 seconds, you may not actually be thinking about fitting into those skinny jeans again or showing off your six-pack next summer. Instead, your mind is more likely to be busy coming up with reasons why you should be having those cookies.

After all, doesn't Christmas come only once a year? And besides, your mom made them especially for you; it would be impolite to refuse. If you skip breakfast tomorrow and take a double class at the gym next week, a cookie is no problem. And you planned to start cycling to work in the New Year, so you might as well have a second one.

Does this sound familiar? When it comes to food and health decisions, our capacity for reasoning might be working against us, according to a recently published review of more than 50 studies in Personality and Social Psychology Review.

The propensity toward reasoning may seem innocuous. After all, aren't we allowed to indulge once in a while, especially if we have a good reason for it? Yes, except for that the studies in the review by myself, Catharine Evers and Denise de Ridder — all of Utrecht University — suggest that in situations like these, rather than objectively weighing the pros and cons, the human mind seems very eager to justify what we crave.

A number of studies have shown that merely imagining doing community service, reading about helping out a student, or planning to exercise — rather than actually doing it — was enough for participants to indulge in forbidden pleasures. Likewise, participants who were led to believe that they had to do two 5-minute tasks for a good cause consumed on average 140 calories more in unhealthy snacks than participants who did exactly the same task thinking that they did a single task of 10 minutes. When confronted with the naughty treats, having worked harder by doing two tasks apparently seemed a perfect reason to deserve some extra delicious treats. It seems that, when confronted with tempting treats, it is matter over mind rather than vice versa.

The view that reason is the slave of passion is not new. Seminal work on motivated reasoning by the late social psychologist Ziva Kunda in the 1980s and 1990s showed that people's reasoning processes are tainted by their preferred conclusions. For example, people's motivation to see themselves in the best possible light leads them to attribute their success to themselves and their failures to circumstances. After all, didn't you pass those difficult exams because of your above average intelligence? And the test you failed at? Well, that was because the professor asked irrelevant questions.

Likewise, people are more likely to disregard a test or a finding that points out an undesirable conclusion, such as the smoker who easily dismisses decades of research, clinging to the example of his uncle who lived to be 96 smoking two packs of cigarettes a day.

However, the observation that even a simple chocolate cake can throw someone's reasoning off track suggests that even when the stakes are not that high, human reasoning is not truly objective. If anything, reason often sabotages health goals, rather than acting as a brake on impulses.

These findings and recent others are causing scientists to rethink the function of reasoning. A new view on reasoning suggests that rather than improving knowledge and leading to better decisions, reasoning's main function is argumentative. Reasoning does not serve to reach a conclusion but rather to justify a preferred conclusion. From this point of view, being tempted by mom's homemade cookies will selectively engage our reasoning processes toward justifying its consumption.

So are we damned if we don't think at the dinner table and damned if we do? To avoid this this Catch-22 situation, behavioral scientists are finding ways to avoid thinking altogether. By making small and subtle changes — nudges— in the environment, they try to create a situation where the healthy choice is the default option, hoping that people will then impulsively make the right health decisions. For example, by putting the healthy food options in eyesight and the unhealthy options out of reach, people are more likely to, say, grab a bag of carrots instead of a bag of chips while shopping.

Chances are that this year's holiday dinner table is not specifically set to impulsively stimulate healthy choices. So the best you can do when your willpower is put to the test is to stop and think about what you think before you eat. And if that doesn't help, enjoy it, it's only Christmas once a year, after all!

Posted in Homesteading By

posted on 12/17/2013 6:47 AM
Well do to my health I have been very careful and make myself walk daily even if short ones. I recently went through a series of shots in my knees ouch lol but with that high blood pressure an a ton of other things at only 52 I have lost over 40 pounds and I am not going to let the holidays undo all my hard work. Besides a tad of extra potatoes is better then sugary things for me any day...happy eating healthier!